Enter your City name or Pincode

Phusro is an important town of Bokaro district in Jharkhand. Located at a distance of 35km from the Bokaro District Headquarters, Phusro is one of the cities through which Damodar River pass through. Phusro is also a Nagar Panchayat or the Notified Area. The town is mainly administered by the Municipal Council of Phusrot . Phusro is one of the politically active cities of Jharkhand since many political leaders like, MP of Giridih Ravindra Pandey and leader of opposition and MLA of Bermo, Rajendra pd. Singh hailed from this city. 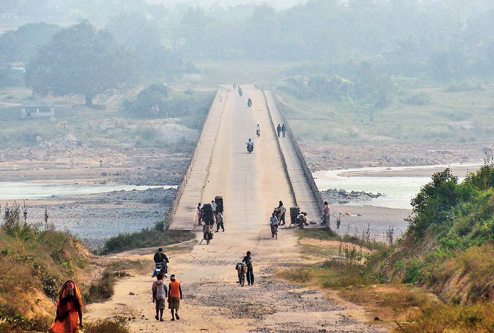 Being a part of the steel city of Bokaro, Phusro surely benefits from the nearby industrial town in terms of economy. Most of the residents of Phusro are mainly working with Central Coalfields Limited (CCL) while some others are engaged in the business activities. Presently, there are two cinema theaters in the town called as Meghdoot and Awadh Cinema respectively. Phusro being a busy city has its own large market known as Meghdoot Market which provides the local as well people living nearby to the town. It also possesses two stadiums that serve as the place for political rallies and other cultural programs. There are two hospitals that are administered by CCL and besides them there are some other hospitals such as Regional Hospital, Dhori and Regional Hospital, Kargali and a government hospital which are collectively known as referral hospital. Also some clinics and nursing homes also serve the city.

Phusro has its own railway station which is located on the Gomoh-Barkakana lines and thus connects to many important cities. Coming to the road transports, there are many bus services that connect Phusro to the closest cities like, Ranchi, Jamshedpur, Dhanbad, Bokaro, and Hazaribagh and the north Bihar Buses also pass through Phusro. The nearest airports to Phusro are Dhanbad Airport (61 km from Phusro Railway Station) and Ranchi Airport which is at a distance of 84.3 km.

Phusro is a developing city and the state government is working hard to provide all the efficient services that are required to improve the standard lives of locals. Being consistently engaged in coal business, Phusro is able to provide its residents with all the basic services. There are many government hospitals to serve the inhabitants. Also, presently, there are 8 banks, one police station and two post offices which are ample to provide residents with all the basic amenities.

Phusro town is engaged mainly in the businesses related to coal industry. It is also a politically active town and home to some of the recognized leaders of India Politics such as MP of Giridih Ravindra Pandey and leader of opposition and MLA of Bermo, Rajendra pd. Singh. The administrative municipal council of Phusro is successful in providing the inhabitants with all the services and is working to improve the conditions of the poor castes in the town. So, the coal township of Phusro is working its way to become a developing coal industry in the coming future.

Are you a Business Owner?

Add the products or services you offer